THIS IS ME – Seeing Beyond Colour This is me – new life, starting to learn about connection, about my senses, about breath, about my physical being.  So much potential in these three souls!

The first 5.5 years of my life were spent in Angola, and I, with my family, were the minority.  Did I notice the colour of the people around me?  I do not recall anything. Did I ever get bullied, made fun of because of my colour?  I do not recall anything.  What I do recall is the young Angolan man named Macuva who helped looked after us.  One of my favourite memories is his big hand taking hold of mine to walk with me, and he showed me how to pick and eat sugar cane.

Now, 65 years later, what is going on in the world, the US?  I remember Martin Luther King Junior speaking; I remember ugly and violent protests way back in the 60s.  Over the years, I have continually seen and read about ongoing violence involving black people in the US.  And recently things have been brutal.  One young man going for a run was basically hunted down and shot dead by two white men.  And the latest, George Floyd, who was held on the ground (supposedly he tried to pass a counterfeit bill), with a white officer’s knee on his neck for 9 minutes while he kept saying he could not breathe.  He died; it was daytime, the officer saw the cameras on him, other officers did not stop him, people on the street tried to help, but he died!

Canada is not innocent.  There is the whole history of Residential Schools, lasting for decades, and I knew anything about it.  Did I not pay attention?  Was there anything even stated – I think not.  My dad even worked with First Nations people and I don’t remember him saying much, until later years.  There is the Highway of Tears, with many young women, most Aboriginal, being murdered and nothing done.  And violence, bullying, racial slurs towards this group of people in our country.  I remember in grade 8 in Penticton, the First Nations kids, going down the hallway shoulder to shoulder swinging chains.  They were of course in trouble, but was it fear that had them doing this?  What was the story behind this?  I do know that the Principal at the time later ran for Mayor, and won, and he was very biased against the “Indians”. There is some federal reconciliation going on now, but even that is delayed, changed, and at times, no consultation with the people involved.

Maybe my mind is simple, but I do not really understand.  I know I have biases, but this cruelty, this fear, this anger, is something I do not get.  This is ingrained in the minds and lives of privileged white people and society so that we do not even notice.  If there had not been videos in these latest events, we would not know about these racial instances or most would just brush them off.

Each person on the planet has a different perspective on life and how to move in the world.  Can we accept this and even celebrate this?  How boring would it be if all of us had the same ideas, thoughts, imagination, clothing style, colour of eyes, all lived in the same style house etc.  If we could honour difference, accept difference, celebrate difference, we could learn so much, enjoy life so much more.

This does not mean accepting negative behaviours.  However, if we all agree to harm no one; to not put others into harm’s way; to not take advantage of others to win and be better, bigger, richer, then things would be more peaceful, and we could have more trust, less fear, less greed, less desire for control and power.  But this does not seem to be in the realm of most politicians, religious leaders, law-makers, anyone who has any sort of power.  Many wish to control, to have power over others, especially those chosen as inferior by the whites (mostly), and to do that, they create fear, confusion, ways to keep people uneducated, so the control and power continues.

This is upsetting, and I am sad in every cell. Humans have so much potential, just as the picture of me above shows.  I want things to become more kind, more caring, more peaceful, creative and loving.  It can happen; it’s going to take persistence and a long time still. 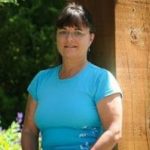