Wisdom, from the Yogic Perspective 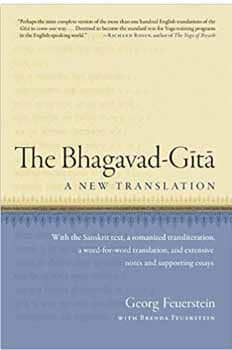 Wisdom is not prominent in our time, which more values knowledge and information. Only very recently, perhaps because we are beginning to recognize the shortcomings of knowledge, has wisdom become an object of scientific (psychological) curiosity and investigation. Yoga, however, is packed with wisdom. The yogic masters may be somewhat ignorant in conventional terms, but they are full of wisdom. Therefore, we can confidently turn to them for wise help on the spiritual path.
The teachings of the great Yoga masters are available to us in book form in the Bhagavad-Gita and the Yoga Sutra of Patanjali. Since wisdom is ageless, it is as relevant today as it was a thousand or more years ago. But we must be open to finding and applying that significance in our own situations. The outer circumstances have undoubtedly changed in the course of time. The mind, however, has remained quite constant, and the problems of an earlier age are often the same as today.
In the state of ecstasy, which comes at the peak of the spiritual path prior to final liberation, or enlightenment, the practitioner knows everything as one. We realize that all things are interconnected. For our era, which is experiencing the first “inconvenient” consequences of a flawed attitude toward Nature, this recognition that “all is one” is important wisdom. While surprisingly large numbers of people experience ecstatic or ecstasy-like moments, presumably few of us will realize yogic ecstasy in a consciously generated manner. But we can heed the wisdom of the masters, which tells us that there are states of consciousness in which we can and do experience the unity of Nature firsthand.
Their wisdom tells us, among other things, that in order to live peacefully and healthily, we must live in harmony with Nature. This is not what we have done in the past 200 years. We are now learning in a painful way that we were mistaken in thinking that Earth’s resources were inexhaustible. The few highly-industrialized countries have ransacked the world to build “civilization” to an artificial height. Our brothers and sisters in the large underdeveloped parts of the world are paying for our inconsiderateness and greed in many ways. Wisdom tells us that this is unjust, unscrupulous, and unwise.
The spiritual path has been called a “razor’s edge.” A great deal of wisdom is required to tread it. Yoga gives us such wisdom. In particular, it shows us how to distinguish between the real and the unreal. At the ultimate end of the path is Self-realization, or actual enlightenment. For the sages of Yoga, unreal is everything that is not the Self, not pure awareness. This includes the mind. Even when it is steeped in wisdom, they regard the mind as falling short of the reality of the Self, which is our essential nature. 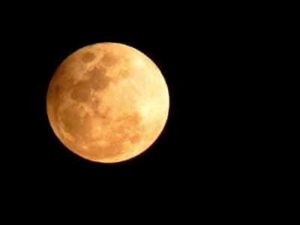 The masters of Yoga understood that the mind exists, like the Moon, on borrowed light. The Moon does not give off heat or warmth but only reflected light, which comes from the Sun. If the Self is similar to the Sun, it makes sense to want to realize it. By itself, the mind cannot sustain us. But, so the sages tell us, the Self can, since it is our true identity. We only mistakenly identify with the mind. Many people even think that they are the brain-mind.
Training in Yoga shows that identification with “brain-mind” alone is not the real story. It has been demonstrated scientifically that there are states of mind that clearly go beyond the brain. “Near-death experiences” are one example. They indicate that the brain can be totally disabled while mental states happily continue.
Self-realization happens without the mind. Certainly awareness is ever present, yet the mind can come and go. This does not imply unconsciousness, however. The sages would not have aspired to this, as their goal has always been to realize the Self, which is the identity of every living being and even of the insentient natural world.
The masters of Yoga discipline the mind in order to be able to consciously go beyond it. It is difficult to fathom their consummate skill in controlling the mind. When we sit down to meditate, the mind chatters on by itself. We cannot even imagine that the mind could stop for more than a few seconds at a time. Yet, this has been the experience of every Yoga practitioner who persists. The mind can become as docile as a puppy.
Wisdom stands at both the beginning threshold and as the lofty goal of Yoga. At first, wisdom guides us to inner freedom. In the end, upon living liberation (that is, Self-realization while still embodied), the Self mysteriously inspires the mind to spawn wisdom for the benefit of others.
Wisdom is the quality of a highly refined mind, which is replete with lucidity. For this to be the case, the mind has to be similar to the Self. That is to say, it must be as still and as luminous as possible. Even if the mind cannot produce its own light, it can reflect it. This reflected luminosity is wisdom.
Reprinted by permission from The Matrix of Yoga, by Brenda Feuerstein and George Feuerstein

Brenda L Feuerstein is a world renowned yoga philosopher and author. She will be leading the SOYA Annual Retreat in Sorrento, May 31-June 2, 2019. The article is from The Matrix of Yoga, by Georg and Brenda Feuerstein, used with permission, published by Hohm Press. Moon photo credit goes to the lovely yogini Donna Conroy of Winnipeg, Manitoba.