Yoga Book Review – “The Stories Behind the Poses” 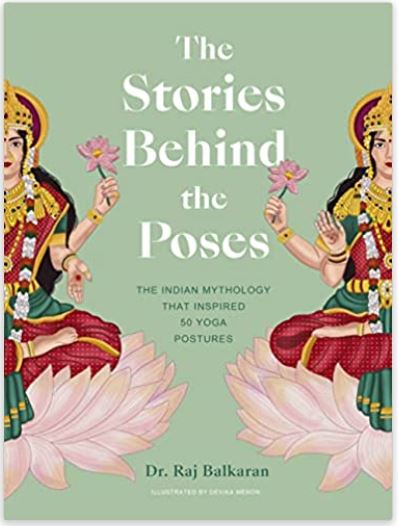 The Stories Behind the Poses: The Indian Mythology that Inspired 50 Yoga Postures   By Dr. Raj Balkaran

I have been waiting for this book to arrive in my life. I have always been intrigued by the many faces of the Divine as manifested through the Hindu Deities. Let’s be clear, Hinduism is monotheistic. Hindus believe in ONE Supreme Being who has manifested the entire universe, including the hierarchy of gods and goddesses. The deities are manifestations from the One who is formless and expresses itself through form.

Dr. Raj Balkaran from Toronto, Canada, has recently released a beautiful book to enlighten us through stories behind 50 different deities and why asanas are named after them. The stories, drawn from Indian myth, are captivating and insightful, giving purpose and thoughtfulness to each asana we engage.

Dr. Ananda says that yoga asanas are named for a reason, and those names are potent with energy. Raj builds on this by offering themes that underlie each of the 50 asanas he presents. Themes such as courage, faith, strength, and focus. If you want to bring some new light into your yoga practice, perhaps read a story and let the themes speak and inspire your practice of the asana, integrating the essence behind the pose. You can grasp Raj’s lovely sense of humor as he portrays some of the predicaments these deities find themselves in!

Devika Menon created beautiful illustrations for each of the 50 asanas in the book, which are represented through the form of the deity it is named for. The illustrations are colourful and bring even more energy to the poses!

These stories are a window into the values and beliefs that pervade the Indic world. Read them allowed to your class if you are a teacher, as historically they were all shared orally. This book is artistically presented and filled with yogic truths. May you be inspired to dive into it to explore the magic between its covers sooner than later! 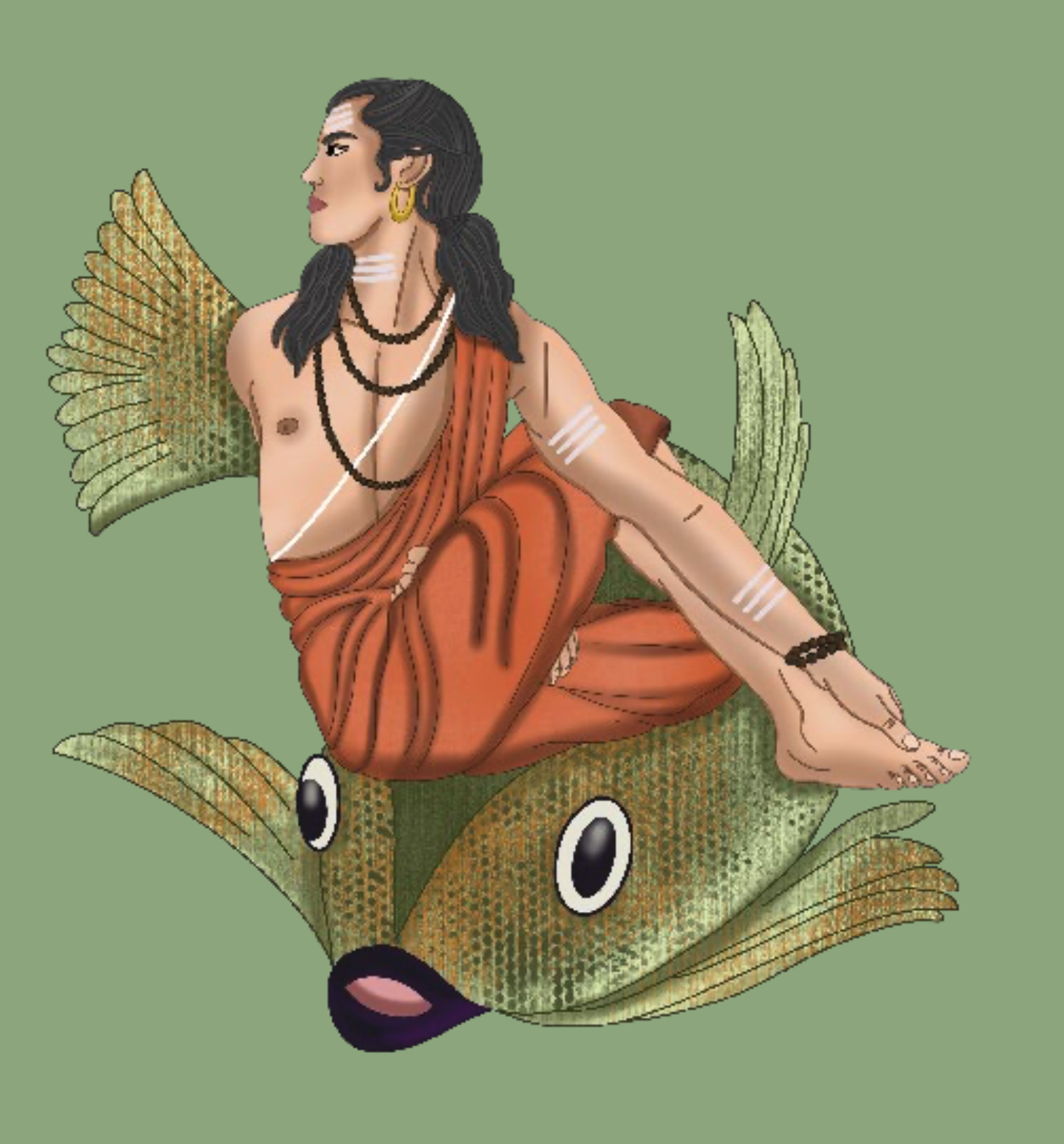 The book contains many beautiful illustrations by Devika Menon, including this one of the Sage Matsyendrasana, depicted seated upon a fish in the twisting posture known as Matsyendrasana. 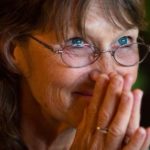 Marion Mugs McConnell is the co-founder of SOYA and the SOYA Yoga Teacher Training program. She is the author of Letters from the Yoga Masters: Teachings Revealed through Correspondence from Paramhhansa Yogananda, Ramana Maharshi, Swami Sivananda, and Others, published by North Atlantic Books copyright © 2016 ISBN 978-1-62317-035-6.