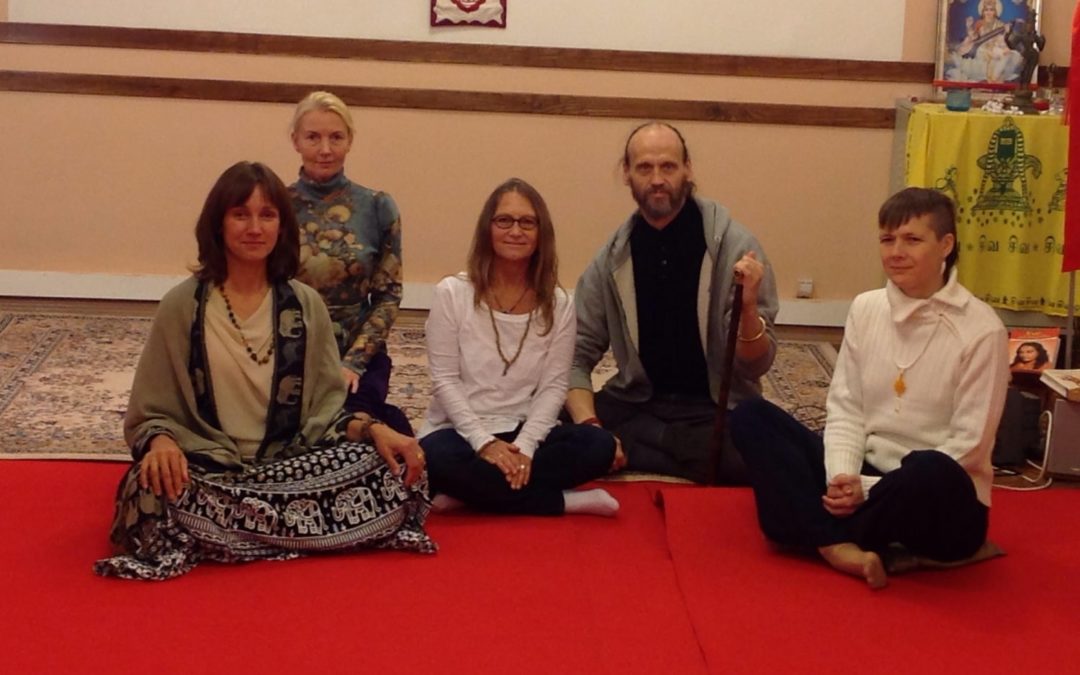 YOGA IN LATVIA – A DOCUMENTARY IN THE MAKING   by Mugs McConnell, SOYA, ERYT500 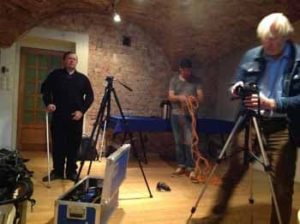 Next year will be Latvia’s 100th birthday. An inspiring group of yoga enthusiasts in this beautiful country have taken on the project of creating a documentary about the history of Yoga in Latvia. Since my teacher Dr. Harry (Hari) Dickman was very much involved in the unfolding of yoga in Latvia, I have been blessed to be a part of this.
Hari made quite an impact before WWII with his wisdom of yoga, but once the war occurred the people of Latvia had lost track of him. Since I was his last disciple and had noted that fact in my online bio, Dzintars Vilnis Korms from Latvia tracked me down. As his student, I had loads of information of what happened to Hari after the war, so we were able to put together a very nice picture of his life of yoga.
No one knows where Hari was during WWII, but in 1946 letters began to flow to him in “displaced persons” camps in Germany. He wasn’t able to return to Latvia as he would have been killed by the Soviets, so he remained in “DP camps” until 1952 when Paramhansa Yogananda brought him to the USA. He taught yoga in the Brooklyn NY area up until 1976 when he moved to San Rafael, California. Hari taught me from 1977 to 1979, when he died.
I arrived in Latvia Sept 12th and we went to work the next day, filming interviews in the Department of Philosophy at the Latvian University. Dr. Solveiga Krumina Konkova had written a thesis about Hari and the yoga society, so we enjoyed tea while I shared various bits of information about Hari and my time with him. The Latvian people are so proud of their yogic heritage, and Hari was so predominant as a founder of this yoga society. One of the questions that was asked of me was, “What was he like?” It was such a pleasure for me to tell them that he was a kind man and an amazing teacher of yoga, highly regarded my the yoga masters around the world.
There were so many events unfolding over the nine wonderful days I was there. Dzintars and I visited with the faculty at the State University in the Department of Indian Studies and Culture, sharing stories and materials about the Latvian Yoga Society. We were all like kids playing “show and tell”, sharing artifacts we had about this piece of Latvian history.  Dzintars wife Anita took me to where Hari’s flat was in Riga (there is a new place under construction there).  Baiba Jozepa, who is fluent in English, took me around Riga to see the beauty of the city Hari lived in and we imagined him having enjoyed many of the lovely parks. We visited Hari’s home from the 1930s in Tukums, a lovely rural town. We walked in beautiful forests and ate the food that Hari would have loved from traditional restaurants. We watched a beautiful sunset on the beach at the Baltic Sea where Hari had practiced yoga and took photos of his asanas for Swami Sivananda’s book “Hatha Yoga Illustrated”, published in the 1930s. 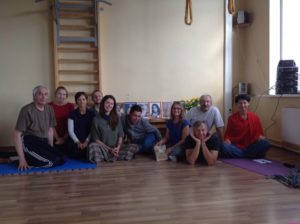 I taught a two day workshop to some dedicated yogis. Together we practised and  discussed at length the techniques in the book I wrote to honour Hari, “Letters from the Yoga Masters”. These techniques are all drawn from the letters written to Hari over a 50 year span of time from our great yoga masters of the past. One of the highlights was listening to Hari speak about yoga on a recording that was made when I lived with him. It felt as though he was right there with us, along with the spirits of the members of the historical Latvian Yoga Society.
Over the years Dzintars Korns and some other yogis have gathered many historical documents about yoga in Latvia. This documentary will be so exciting for me to watch so I can learn more about Hari’s past and hear what others have to share. Many people have participated, so my role is just a part of the whole. It is also a great opportunity for me to honour Hari and everything that he gave to me. I would never have dreamed my studies with Hari would have taken me on such an amazing journey of life. Honouring his gift of yoga to me by sharing his teachings is the best way to serve him as his student. Stay tuned for the documentary release date! And you can view more photos of Latvia on my facebook page https://www.facebook.com/marion.m.mcconnell .

Mugs will be holding a book talk on Hari and “Letters from the Yoga Masters” at Banyen Books in Vancouver on October 12th.  Perhaps consider joining her in Costa Rica next March for a week! (only 2 rooms left) She hopes to see you there!
For more information on the Latvian Yoga Society, go to  http://tradition.lv/tradition/ljb.htm .