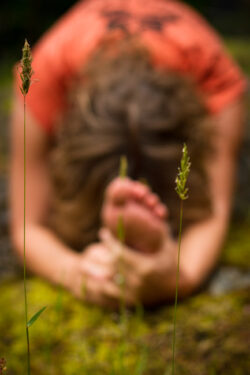 On June 25th, 1959, Swami Shivananda Saraswati of Assam, in Bengal, wrote a letter to my teacher Hari about a special day. June 25th is known as Ambubachi Day.

Ambubachi is a yearly gathering in Guwahati, Assam, in the Kamakhya Devi temple during monsoon season. It is considered a Tantric fertility festival to celebrate the menses of Mother Earth, after which she can conceive. The Swami’s letter can be found in Letters from the Yoga Masters on page 251. I thought I would share this slightly edited version with you as we move into the month of June. The love and caring shown by the Swami toward our Mother Earth is touching and thoughtful, sharing an interesting perspective about our Earth, and life in general. I hope you enjoy!

I am writing to you on a significant day – today is “Ambubachi Day”. It means living on simply water, liquids only, and it has an inner significance according to the Hindu Scripture. The religious people observe it in strict ardour, avoiding all cooked edibles for three successive days. Also, none shall dig the earth, which means giving peace and rest to Mother Earth, which is an imperative.

Regarding the theory of Creation, the Hindu Idealists have some peculiar ideas, and observing this day points at these. Namely, this Earth is a living personality and not at all an insensible mass.

The organs inside our body, like the liver and spleen, are as large as the Himalayas to them. The great arteries seem to be oceans and small arteries are like large rivers to these minute creatures. To them, of course, our body appears to be certainly inert. They cannot comprehend that their vast living place has a great consciousness, a large personality. Similarly, we also fail to comprehend that the Earth has a consciousness, a personality, a life, and we wrongly estimate her to be a mere mass of earth only. But really she is not insensate; she is throbbing with life. Thus the Hindu Idealists maintain that the eternal manifestation of life from the earth could not be possible if the Earth herself were insensate.

These three days of Ambubachi remain fixed for the menstruation period of Mother Earth, after which she is designed to conceive, just like a human mother. Directly hereafter, the rains start, and the cultivator jubilantly goes out to his field to till and sow. The rains are Father vital force, father’s semen. With the showering rains the down-pour of life falls upon the Mother Earth, and she does receive it, which results in numerous and varied “life” upon her.

Not only the Earth, but also the sun, the moon, and the stars, are all living things, vibrating with consciousness. Would you take such ideas of the Hindus as mere unbalanced dreaming, or are you prone to believe them? 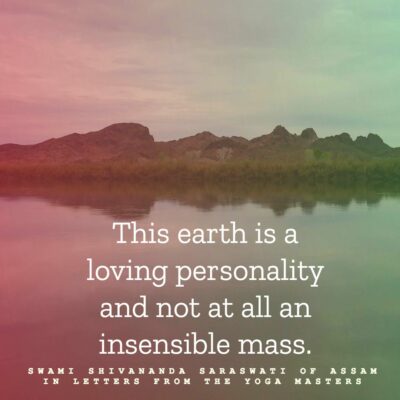 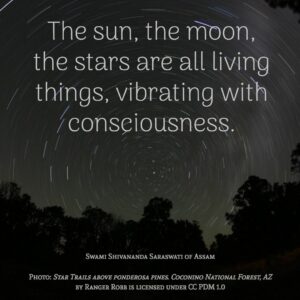 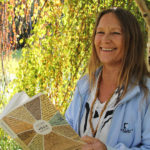 Marion Mugs McConnell is the author of Letters from the Yoga Masters: Teachings Revealed through Correspondence from Paramhhansa Yogananda, Ramana Maharshi, Swami Sivananda, and Others, published by North Atlantic Books copyright © 2016 ISBN 978-1-62317-035-6. This is an excerpt of the book, and reprinted by permission of North Atlantic Books. All photos are used with permission.